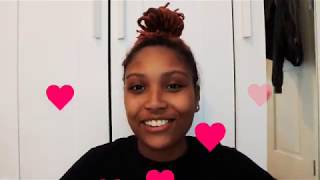 CJ, an Masters student in Art Therapy, shares a calming exercise in order to relieve some of the pain we are feeling during this turbulent time. Take a moment to watch the video, engage and hopefully, find relief. #selflove #musicart #education #queerpoc
8 views0 comments
Isaiah Bradley, 20

Dear colored high school students (on the relevance of HBCUs)

Dear Colored High School Students, ​ Harvard, Yale, Penn State, Boston College, NYU, Rutgers, or Georgetown? For years I believed that if I didn't attend one of these Universities that I wouldn't be as successful as I hoped to be. I believed that the only places of “higher education” were predominantly White institutions, ergo my heart was dead set on attending one. I never understood how HBCUs were imperative or relevant in, what I had believed to be, a post racial socie
19 views0 comments